Hide Search
You are here: Home / anti-cancer / Charred Meat May Up Your Risk of Pancreatic Cancer

If a fine cut of steak, cooked very well done (or just well done) and blackened sets your mouth to watering, know too that every bite of charred meat may up your risk of pancreatic cancer. This according to some new research.

When you grill, fry or barbeque meat to the point of charring, carcinogens can be formed on the surface where they wait to be taken into your body with that first bite.

This study adds to earlier work by this same University of Minnesota team that found an association between pancreatic cancer and the cancer causing compounds that form on red meat during the cooking process.

Cooking meats at very high temperatures creates compounds (heterocyclic amines, or HAs) that come from the burning of amino acids and other substances in meats when cooked to a well done or very well done state.

HAs are found in both grilled and barbecued meat as well as broiled and pan-fried meat.

Seeking to investigate this association on a larger scale, the researchers looked at meat intake, how it was cooked and the doneness preferences for 63,000 subjects who took part in the Prostate, Lung, Colorectal and Ovarian (PLCO) Multi-Cancer Screening Trial.

During the 9 years of follow up, 208 of the subjects were diagnosed with pancreatic cancer. The numbers showed that meat eaters who ate their steak (bacon, sausage or hamburger too) very well done were 60% more likely to develop this form of cancer as compared to those who ate steak either less well done, or not at all.

The team estimated carcinogen intake that took into account the doneness preference and how much of this meat the subjects consumed.

Subjects with the highest intake had a 70% higher risk of pancreatic cancer than those at the lowest level of intake.

“We cannot say with absolute certainty that the risk is increased due to carcinogens formed in burned meat,” explains Kristin Anderson, associate professor at the University of Minnesota School of Public Health (1).

“However, those who enjoy either fried or barbecued meat should consider turning down the heat or cutting off burned portions when it’s finished.”

What the experts suggest is to cook your meat thoroughly enough to kill any bacteria, but not so long as to have the surface charred and black.

Cooking meat in water or another liquid can also prevent it from getting too hot. You might also consider cooking over indirect heat or try some of these other suggestions to enjoy the grilled flavor without the increased risk.

– Choose lean cuts of meat and trim all visible fat.

– Line your grill with foil, then poke small holes for the fat to drip off.

– Avoid letting fat drippings fall on open coals as this surrounds meat as it cooks with toxic smoke.

– Avoid eating any piece of meat that is especially burned or black.

– Add veggies (or even fruits) to the grill, as this neutralized the formation of HAs. Try red, yellow or green peppers, yellow squash, mushrooms, red onions or pineapple.

“The good news is this is a modifiable risk factor,” Anderson concludes. “People can reduce their intake of these carcinogens by changing the way they cook their meat. We aren’t saying they need to give it up.” The key thing is to ensure that you’re not eating charred meat.

Next just head on over to the Daily Health Bulletin for more information on the effects of eating charred meat, plus get 5 free fantastic health reports.

Article Source: EzineArticles.com Charred Meat May Up Your Risk of Pancreatic Cancer 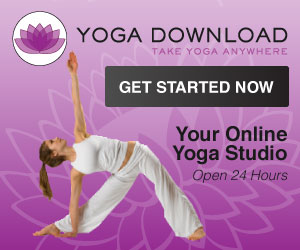